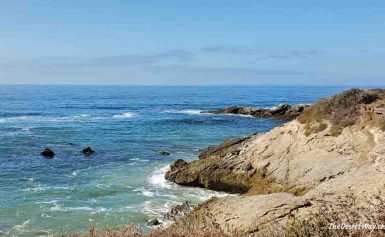 Disclaimer: While we are, and will always be The Desert Way, sometimes the Pacific calls to us, especially in the dog days of summer, and we must go. Anyway, as the rock group, America, told us in 1972, “The ocean is a desert with its life underground.” Okay, it’s a stretch, but we hope you
Complete Reading 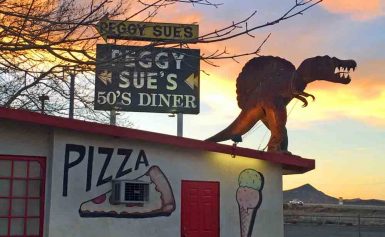 Originally built in 1947, the diner was your typical 1950s style eatery, catering to motorists making their way through the desert.

It was small— 3 booths and 9 counter stools— but managed to stick around for a while, despite being in one of the hottest places in the United States.

Peggy Sue and her husband Champ reopened the diner in 1987 and attempted to restore and preserve it in its original state. Before moving to the desert in 1981, Champ worked for Knott’s Berry Farm and Peggy Sue worked in the movies.

The diner was the perfect place to display their extensive collection of movie and TV memorabilia.

In January 2001, Peggy Sue’s 50’s Diner played a role in television host Huell Howser’s first road trip to the desert that borders the I-15 east of Barstow, California.

There’s an air in Big Bear that sets it uniquely apart from the bustling cities an hour away. Maybe it’s the vivid visual imagery at every turn, the crisp weather, nice people, diverse neighborhoods, or amenities. But I think it’s much more.

This is the stuff of our childhoods that sparked a thousand day dreams of the Wild West and beyond. Where the good guys fought the bad guys and always won. The world needs more of that…

Buy us a coffee
The Mother Lode