It’s a cool desert evening on November 18, 1954, and the day’s show is over at the New Frontier Hotel and Casino on the emerging Las Vegas Strip.  Still, the show must always go on.

The young entertainer, along with his valet, Charles Head, are getting ready for an all-night drive to Studio City, near Los Angeles.  The other members of the Will Mastin Trio approve of the trip and will wait for their youngest member to come back in a few days.

The up and coming star of stage, film and television is up to the task.  A Vaudeville performer since he was three years old, he is the consummate professional.  So when friend and fellow entertainer, Tony Curtis, asks you for a favor, well, you don’t say no.

The Will Mastin Trio is the headliner on the new Frontier Casino’s stage, with a contract going into 1955, but the show can’t go on without the youngest member.  So, with due influence by a close friend, the Frontier will have other acts fill in until his return.   Show business is like that.

A few months earlier, when the young man wanted to stay at the hotel, he was turned away.  The New Frontier allowed the trio to play, of course, but they drew the line at having “Negro guests.”

The gaming commission and the City of Las Vegas quickly followed suit and abolished overt discrimination, due in no small part to the stand made by Sammy Davis Jr.   Jim Crow in the desert met its match.  By 1960 it was outlawed throughout the land.

The Road to Hollywood

Sammy and Charles Head left the Strip late on the evening on the 18th.  With freeways in the vast Mojave Desert still years away, the trip will be more than 290 miles across a landscape of mostly Joshua Trees and sand, the way illuminated by less than half of a full moon.

Sammy hasn’t had a license for very long, but Charles Head is a good driver, he will take the monotonous desert driving in Sammy’s new 1954 Cadillac El Dorado.   It’s a fancy car, with all kinds of chrome and bullet-shaped decorations, including a large one in the center of the steering wheel’s horn ring.

After driving long hours along the desolate Highway 91, out of Las Vegas, the road merges with Route 66 in Barstow.  Sammy rests while his friend and valet motors into the town of Victorville.

We can imagine that the conversation in Victorville went like this: “You look tired, Charlie.  I’ll drive the rest of the way.”  With that, Sammy took the wheel of his Caddy, and Charles Head went to sleep in the large back seat.

Nowadays we would say it was a game changer.   Sammy Davis Jr. was on his way to an unscheduled meeting with a 72-year-old widow by the name of Helen Boss, in the small San Bernardino community of Verdemont, along the Mother Road.

–FYI, (unless you already know), before the advent of Interstate-15, to drive Los Angeles, you had to drive east to San Bernardino, go south, then go west again.   We know, it almost sounds like the scarecrow’s dialogue from the famous, “The Wizard of Oz.”

A few days before Sammy left for Studio City, as Akron, Ohio, started to get into its serious winter mode, Helen Boss prepared for her yearly trip to the West Coast.

Yes, Helen was an early model of a Snowbird.

Ever since Helen’s husband, a former Akron Chief of Police, died in 1940, she shared her time between Ohio and California, with a few pleasure cruises thrown in for good measure.

Not wanting to make the trip to see her family in Van Nuys, California, on her own, Helen put an ad in the local Akron newspaper, seeking a companion or two for the trip west.   Twenty-two-year-old Thomas McDonald replied.  He wanted to get to Edwards Air Force Base to see his brother.  Ms. Bessie Roth also wanted to go west.  She didn’t like the cold.

Tom McDonald agreed to drive Helen’s car, at least as far as possible.   On or about November 18, 1954, Thomas paid for his share of the trip, thanked the ladies, and departed.  Headed for the already famous Edwards Air Force Base.  Helen and Bessie were on their own.

Helen took over driving, and the two women continued down Route 66, clearing the last of the open desert and the bottom of the Cajon Pass.  They passed by Devore Heights, approaching the community of Verdemont, as they headed to San Bernardino and then Van Nuys.

It was just before 7:00 a.m. as Helen drove east.  The sun, just breaking over the mountains, was in her eyes as she drove.   As Helen approached the infamous fork in the road (which is still there, and still confusing drivers), she drove straight onto Kendall Drive past her turn.

As Helen went onto Kendall Drive, Sammy and Charles weren’t too far behind.  He was tired, but alert.  Like Helen, he had the sun in his eyes as he drove.

Realizing her mistake, Helen put her car in reverse, and drove backwards, off Kendall Drive, and onto Route 66.

Charles Head was asleep in the back seat of the Caddy, and Sammy Davis Jr. headed east.  Right into the back of Helen’s car.

The force of the impact pushed Helen’s car into a field, and crushed the front of the Cadillac, pushing the big V-8 engine backward towards the dashboard.

Sammy Davis Jr. head met the steering wheel with a force violent enough that it fractured his face and dislocated his left eye on that fancy horn.  Note:  After the accident, Cadillac removed the bullet-horn feature from all future models.

Charles Head fared only slightly better, being propelled from the back seat to the front, where he broke his jaw.

Before losing consciousness, Sammy asked about the other car.  He was holding his eye in his hand.

After being rushed to San Bernardino Community Hospital, Sammy was attended to by Doctor Fredrick Hull, the best eye specialist in town.

Nine days later, Sammy was released from the hospital and, at the urging of Frank Sinatra, recuperated at the singer’s Palm Springs home for a few weeks.  They were friends till the end, and both were members of the famous “Rat Pack.”

Frank Sinatra’s Palm Springs home is still as it was when “The Chairman of the Board” lived there, and it’s even available for rent.  Just $2500.00 per night!  Come on, you know you’d spend that at Starbucks for a thousand cups of coffee.

Smitten by the Palm Springs desert lifestyle after spending time at Frank’s place, and after fortune followed fame, Sammy had a home right in the heart of Palm Springs too (near Jack Benny’s house).  He was heavily involved in charitable work throughout the area.

Sammy’s place in Palm Springs, California.  Probably remodeled over the years, but only the locals know for sure, and they ain’t talkin’ either.

Before the year was out, and just weeks after the accident, Sammy Davis Jr. went back to work at the New Frontier, destined for greatness. Before the end of his life, he became a household name throughout the world. He died in 1990. The lights of the Las Vegas Strip were dimmed for 10 minutes in his honor.

He Did it His Way

So, there you have it.  The real facts about the famous accident.  Some still believe that Sammy crashed into a train bridge, which he didn’t.  His car hit a brick gate entry on Route 66, several hundred feet away, and close to the impact.

To show his thanks for the attention given at San Bernardino Community Hospital, Sammy Davis Jr. contributed enough money to build a new medical wing, and also put on a free show that included all of the big names of the day.

Sammy Davis Jr. was probably most famously known for the popular 1970s children’s song, “The Candy Man.”  He never liked singing it. 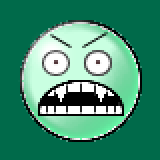 A Trip Through Time: The Mojave Desert Then and Now, Part I

A Trip Through Time: The Mojave Desert Then and Now Part IV

Daggett, California: The Tiny Town That Changed Perceptions of the Mojave Desert

Dilemma in the Desert: Showdown in Daggett

Pancho Barnes: Mystery Ships and Mischief in the Mojave