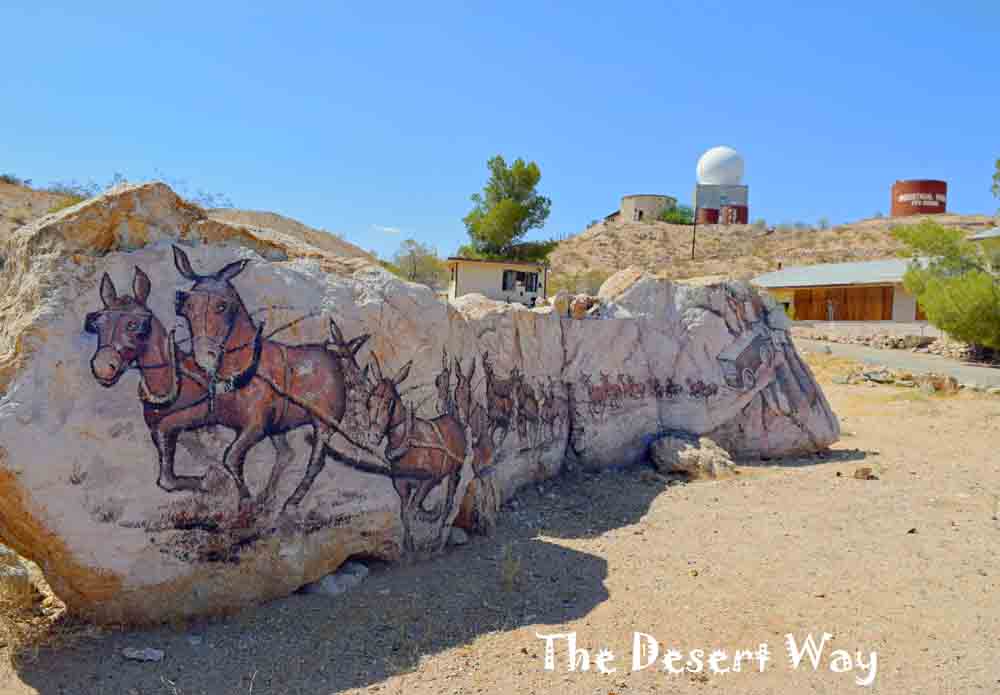 Minimum-security institutions such as Boron are often referred to as country club prisons or Club Fed; officially they are categorized as Security Level No. 1 institutions, the least guarded in the federal prison system.

There were only seven such facilities in the country, and Boron was the only self-contained Level 1 institution in California.

The prison had no walls, fences, bars, gun towers or guns. 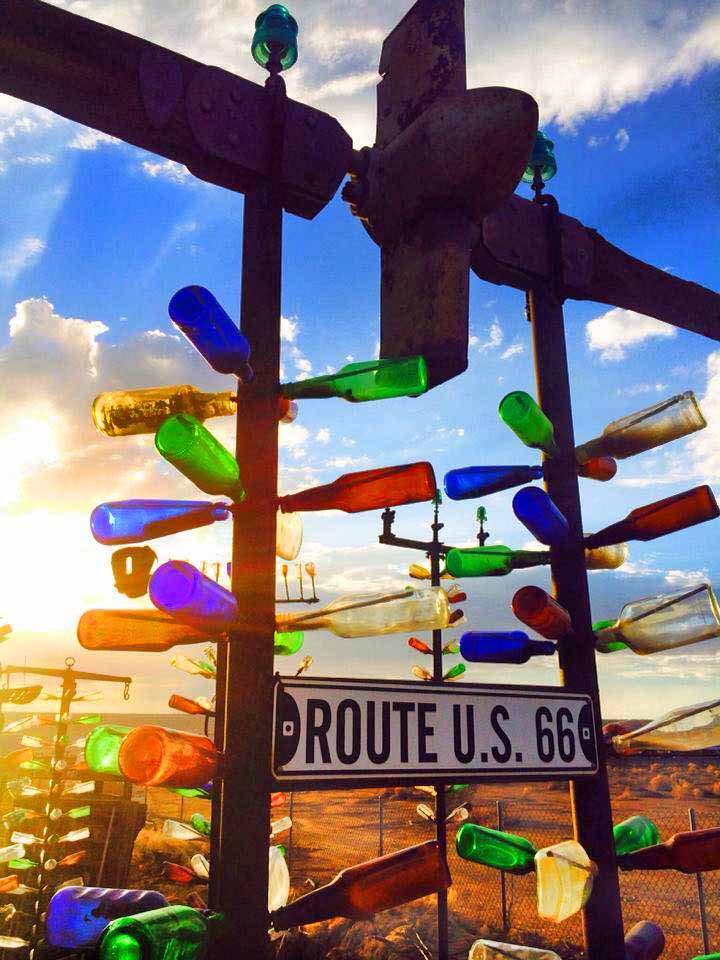 Visiting Elmer’s Bottle Tree Ranch is an experience for the senses. Not only are you mesmerized by the colorful bottles combined with antiques in creative ways, but there are soul-pleasing sounds to accompany it too.

Elmer told us his most beloved pieces are the ones he found with his Dad during his youth. One of his favorites is a handmade pitch fork Elmer found in 1959 or 1960 in a fallen down homestead near Edwards AFB, now at the top of one of his colorful displays.

Elmer’s Bottle Tree Ranch is not just another roadside attraction on Route 66. It has rightfully earned it’s designation as a destination in and of itself. Come see why this quirky slice of Americana and the humble artist who created it attracts people from all over the world… 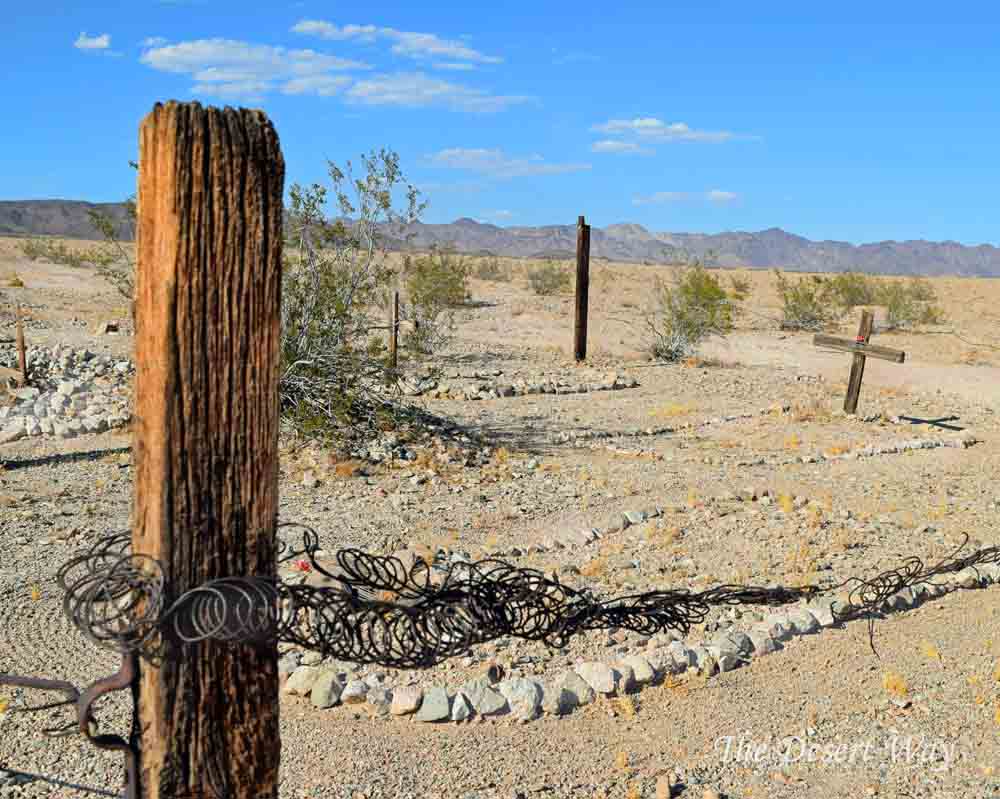 There are at least ten Bagdad’s in America. They survive in federal geological surveys and maps of California, Florida, Arizona, Pennsylvania, Texas, Louisiana, Kentucky, Virginia, New York and Tennessee. Only three have post offices.

But only one Bagdad holds the distinction of having once thrived in the often inhospitable environs of the Mojave Desert.

Many things changed, but the desolation, searing temperatures, and lack of rain were just some of the things you could count on that wouldn’t.

Bagdad continued to survive the many changes that occurred with mining, railroads and Route 66, but the opening of the new interstate would prove to be its defeat… 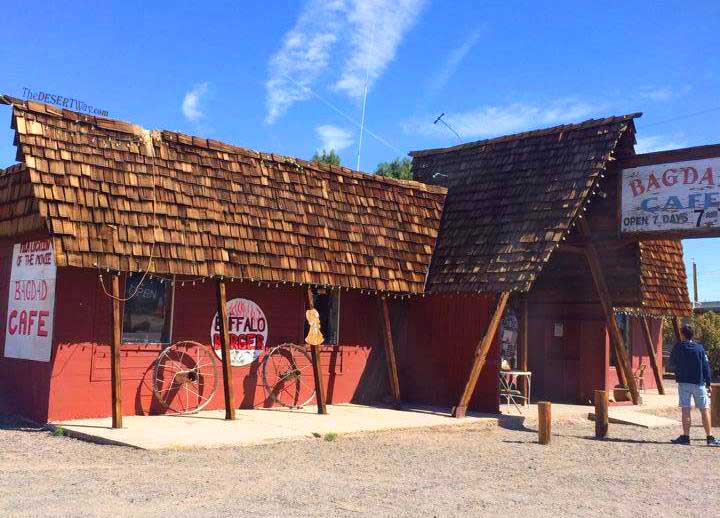 For us and countless others, Jevetta Steele’s haunting lyrics from the song, “Calling You,” from the 1987 indie cult classic “Bagdad Cafe” will forever evoke the particularities of a small desert town on Route 66 contrasted with the vastness of the Mojave Desert.

However, Bagdad Cafe was not actually shot in Bagdad. Not Bagdad, California, and not Baghdad, Iraq.

The award-winning German film, directed by Percy Adlon, was filmed in Newberry Springs at the former Sidewinder Cafe, which decided to let the name “Bagdad Cafe” live on, drawing throngs of international tourists. 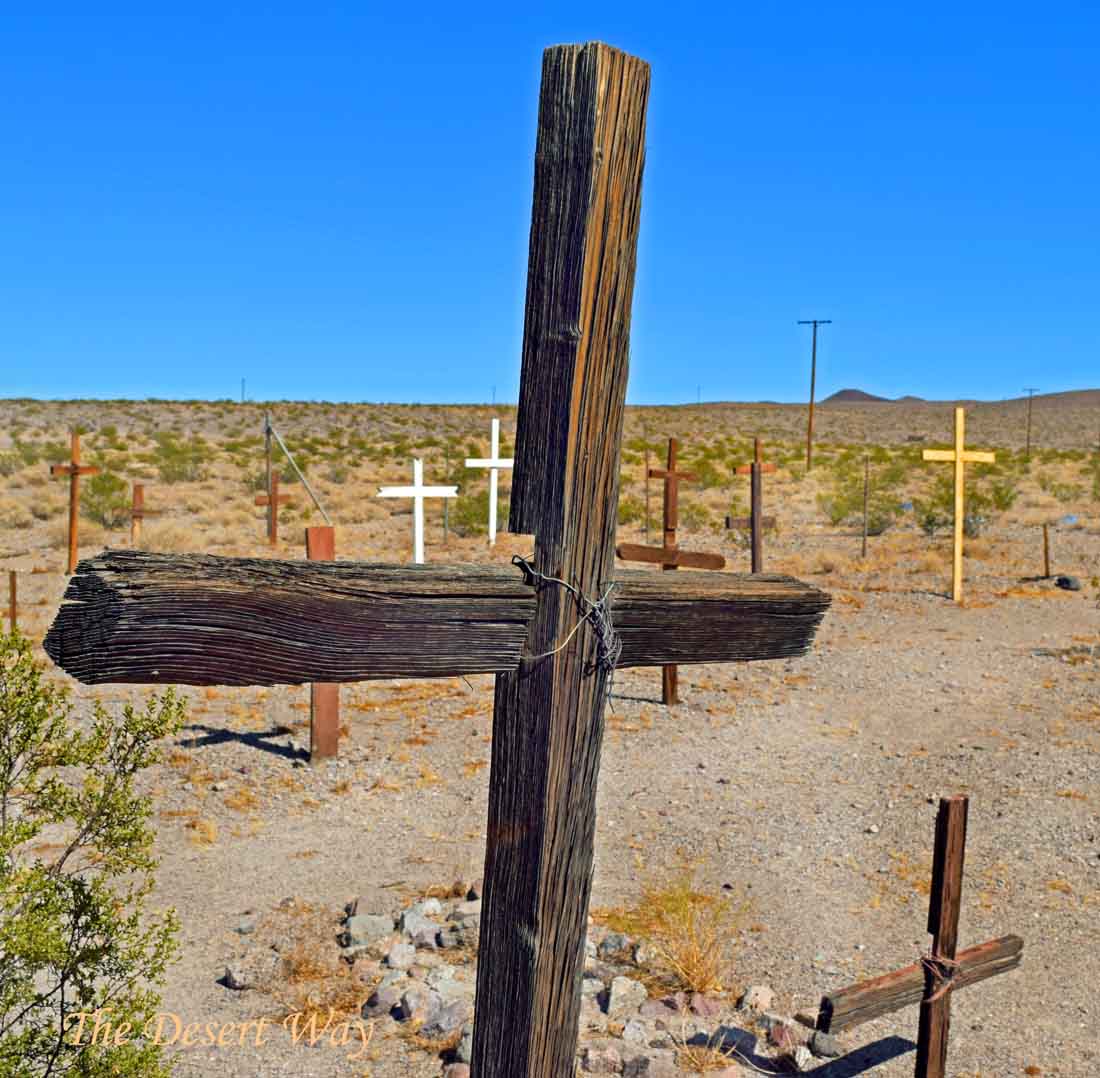 Ludlow Cemetery: Eternity Near the Tracks

Like so many pioneer towns in the Mojave Desert established by necessity for its connection to the railroads, Ludlow Cemetery is serenaded by the rumble of frequent trains.

The cemetery appears to have approximately 50 visible graves. All but three are marked by wooden crosses with no information. Only seven grave sites have been identified.

Ludlow was founded in 1882, brought about by the establishment of the Southern Pacific Railroad until May 4, 1897 when it became the Santa Fe Railway.

This was the main line and connection with Los Angeles…